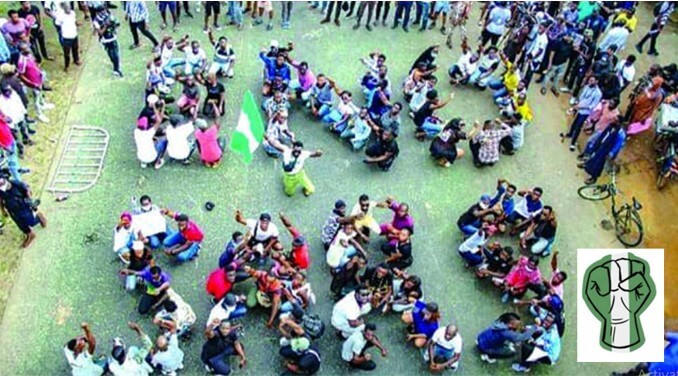 SARS – an acronym for Special Anti-Robbery Squad (created in 1992); is a unit of the Nigerian Police Force responsible for the apprehension of those engaged in criminal activities especially robbery and kidnapping.

Their brutality came into limelight in 2017 after a long period of silent complaints by Nigerians especially the youths leading to the Youths arising to stage the #EndSARS protest. The Federal Government promised to reform the squad but, it is sad to note that three years after, this squad has reportedly committed various infringements of human rights including extra-judicial  killing of youths for spurious reasons such as dressing expensively, riding an exotic car, carrying a laptop, using a top-range phone or even refusing to unlock his or her phone. These are acts known worldwide to be in violation of fundamental human rights which include the right to life and liberty.

The #EndSARS protest in Lagos State would later become a nationwide  protest as the youths of every state in the country marched out on a daily basis in protest and prayer-walks for not just the end of the special squad but also an end to the bad governance which has eaten deep into the country and has left the youths with no option than to SORO SOKE!

Indeed, the youths who are the leaders of tomorrow have displayed their ingenuity and leadership expertise in managing the affairs of the protest nationwide. This includes logistics, power ports for charging of phones, peaceful protests, feeding and safety of protesters, data subscription for protesters, toll – free help-lines, SORO SOKE digital radio and have gone as far as public accountability for all funds generated from crowd-funding of the protest and the expenses made thereafter.

With the help of technology, the #EndSARS protest has gone global with the popular hashtag and a protest of Nigerian Youths in various countries of the world, even the owner of Twitter (@Jack) has publicly expressed his solidarity with the Nigerian Youths in the peaceful protest.

Although the Government had immediately scrapped SARS and replaced it with a new squad called SWAT, the youths have not accepted this new squad.  In fact what they want is for the country to be led like it should be done in the 21st Century.

On the 20th of October 2020, various reports showed live bullets being fired at the location of the protest, on unarmed protesters leaving scores of persons injured, missing or even feared dead. This is unacceptable to us and to  progressives all over the world.

At  Exponential Hub, we commiserate with all who have lost a loved one during this period and the entire Nigerian Youths. We condemn the shootings as well as the subsequent arson and  wish that we all be civil in fighting for the Nigeria of our dreams.

God bless the Youths of Nigeria!

This site uses Akismet to reduce spam. Learn how your comment data is processed.